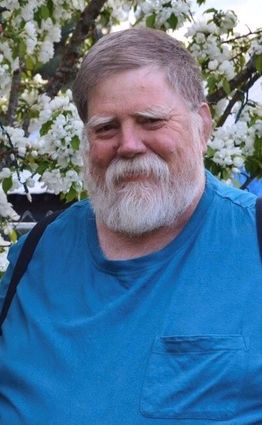 M. William "Bill" Nelson, 64, was born on September 3, 1955 to Mel and Marlene Nelson in Spokane, Washington. He was their first of six children. When he was just a baby, they moved to his grandparent's homestead in Trout Creek, Montana.

Bill went to school in Trout Creek kindergarten through eighth grade and then on to high school, where he graduated from Noxon High School in 1973. In his junior year of high school, he started dating Teresa Larkin. Her five younger siblings put him through trial by fire just to date her, even going so far as to tell him he had the wrong house when he went to pick her up for dates. They became engaged in May of their senior year and married on August 25, 1973, just ahead of their 18th birthdays. On many dates you could find all their younger siblings in the car with them as they headed to the shows.

They began their lives in Trout Creek, Montana, where they had their first-born Jason in 1975. When Jason was a year old the family moved to Noxon, Montana, where their second son Josh was born in 1977. They welcomed their only daughter Malia in 1980. They completed their family with the birth of their son Bryce in 1986. Bill began his working career at his family's service station and also worked in logging and firefighting. He started with the Montana Highway department in 1976 and retired from there in December 2012. Bill spent many years helping with multiple activities within the Noxon school and community.

In retirement Bill enjoyed spending his time with his grandchildren. In Summer of 2001, he was overjoyed to welcome the first of his grandchildren, granddaughter Trinity Liegh, and just a few short weeks later his second granddaughter Kali Rose. In October of 2003, another granddaughter, Chloe Jean, was born. August of 2004, he welcomed a fourth granddaughter, Jaedyn Elizabeth, and a few months later in January of 2005 the first grandson, Ethan Andrew, was born. Bill was overjoyed to be surrounded by all the babies. It wasn't long and along came his second grandson, Shane William, in March of 2007. Then the third grandson, Dominic Michael, was born in 2016. Brylee Rose (his fifth granddaughter) was born in 2018. Bill enjoyed spoiling them with walks through their enchanted forest, swimming on hot summer days, catching LOTS of LARGE fish during the Noxon fishing derbies and sharing his secret family root beer float recipe. Practical jokes were abundant between Papa and all the grandkids.

Family was everything to him. He could usually be found making some plan or other with one or more of the little ones. All of the kids could be found following Papa around the farm helping with the animals or getting firewood. He couldn't wait to take them hunting when they were old enough, to share many of the memories that he had built with Teresa and his siblings and children. He came out of retirement to become a temporary school bus driver in the spring of 2013. He enjoyed being Mr. Bill the bus driver and getting to see the smiling faces on their rides to and from school. He became a permanent bus driver the following fall and spent the next seven years driving Noxon Red Devils to school or sporting events.

In the early morning of April 28, 2020, Bill passed away from a heart attack. He was blessed to have had a full and happy life surrounded by the love of his family.

Bill was preceded in death by his father Mel Nelson, his son Jason Nelson and his granddaughter Brylee Nelson.

Surviving family members are his beloved bride of 46 years, Teresa Nelson; his children Joshua (Lisa), Malia (Audey) and Bryce (Sylvia); his mother Marlene Nelson and his siblings Kel, Barb, Bruce (Vicki), Norm and Gwen (Chris). Bill also leaves behind his grandchildren, numerous nieces and nephews along with many other family members and friends.

Services will be held May 9, 2020, at the family home with graveside following at the Noxon Cemetery.