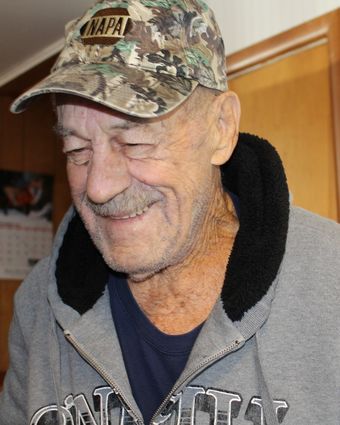 Kenneth Keith McQueen was born in Weatherford. Texas May 24, 1935 to Leonard and Lorraine McQueen. He passed peacefully at home and went to live with our Lord Jesus Christ and his heavenly family Friday morning, October 2, 2020.

Ken spent the majority of his life in Texas, where he had his own roofing business, but his dream was to someday live in Montana. He later met and married his Montana wife, Donna, in September 1987. They lived in various places before choosing to settle in Thompson Falls in May 2003.

Ken made friends everywhere he went and was loved by many people. His passion in his retirement years were going up the mountains to the woods, building campfires, and sometimes fishing. He loved the beautiful wilderness of western Montana.

Ken was preceded in death by both parents, his sister and brother-in-law, Lenora and Orville Massie, and his brother and sister-in-law, JoeWayne and Brenda, all of Texas. He also lost a grandson Samuel in 2003, and a granddaughter, Karianna, in an ATV Quad accident in 2013.