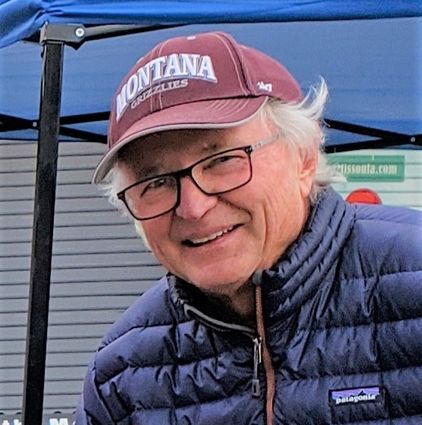 Mike Larson, 71, died doing what he loved the most; catching fish.  He left us on March 29, 2021, while getting in one last ice-fishing trip for the season.

Mike revered fishing, but especially loved catching walleye in the summer and kokanee salmon in the winter. Most politely declined his invitations to fish with him because he took such a disciplined and intense approach to the sport. Between the 4 a.m. wake up calls, going out in all types of questionable conditions, and bringing empty Gatorade bottles onboard so that he wouldn't be slowed down by bathroom breaks, he was too hard-core for the average fisherman. While many people go ice fishing to sit in a warm hut with friends and throw back a few cold ones, Mike had no interest in this kind of ice fishing. He mainly used an overturned bucket for a seat (only recently upgrading to a plastic folding chair) and despite the frigid temperatures, he rarely wore gloves because it interfered with his ability to feel the fish biting. He usually caught his limit, then would spend hours cleaning them, only to donate them to the food bank. Fishing was his religion, and he was never at more peace than when on the water, with a line (or two) cast. When he caught the really big ones – the trophies – he always threw them back, as a sign of respect to the fish for achieving such stature.

In addition to being an avid fisherman, he was a beloved husband, father, brother, dad, grandpa, coach, life-long Democrat and embodiment of a corking-class hero. He grew up the oldest of seven kids surrounded by farmland in eastern South Dakota. When he was in sixth grade, he moved to a slightly less rural area into a house that had a miraculous technology of indoor plumbing. Even though he moved away from the farm, he maintained a lifelong appreciation for the land and those who worked it. Mike was a first-generation college graduate from South Dakota State University and ended up working as a pharmacist at a hospital in Miles City. It was there that he met his wife Carol, a smart young nurse and mom of two young boys, Matt and Nate. They married and took a leap to buy the only pharmacy in Plains. They later had a daughter, Tessa. Mike then spent the next few decades working more than full-time at the pharmacy, coaching baseball and softball, and attending nearly every single extra-curricular activity that his kids were involved in. Their lives were upended by the death of their son, Matt, but they were able to pull through the tragedy together. Predictably, Mike had a hard time retiring, but after finally doing so, he and Carol moved to Missoula where their days were filled with walks, hikes, Griz sports and later by the lights of his life - his grandkids.

A socially distanced memorial service will be held at the Bella Vista Pavilion at Fort Missoula on May 1, 2021, at 2 p.m. All who would like to join us in remembering Mike's life or share a story about him are welcome.