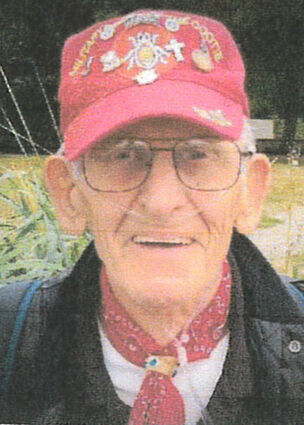 Longtime resident, Albert Lyle (Al) McGuigan, 90, passed away in Columbia Falls August 12, 2021, of natural causes. He was born in Stanford, Montana, July 3, 1931. He was raised in Noxon by Maurice and Janice McGuigan, along with several siblings. He graduated from Noxon High School in 1951, where he played sports.

He married Elsie Faye Roe during the summer of 1954. He had previously joined the National Guard and was honorably discharged in October 1954. He then joined the regular Army and was stationed in Missouri, California and Colorado, then went to Fort Campbell, Kentucky, to Basic Airborne school where he trained as a paratrooper and was awarded a Master Parachutist Badge and badge for expert carbine.

After paratrooper school he was sent to Germany and later Elsie was able to join him there. He was honorably discharged in May 1963, returned to Montana and they lived and worked in Missoula for awhile. They moved back to Thompson Falls, which was home permanently.

He worked as a logger, heavy equipment operator and logging truck driver until he retired. To keep busy, he started taking care of the memorial on Main Street honoring the MIA and POWs. On veteran holidays he decorated the bridge to the dam with lots of flags in memoriam of servicemen and women.

Al loved parachuting and gave demonstrations and jumped at several venues as entertainment. He jumped several times at the Sanders County Fair.

He was very patriotic and civic minded, and marched in honor guard units in several parades, carrying a flag, even with a bad foot and an oxygen tank on his shoulder and back. He was determined, and a member of the VFW. To keep in shape, he walked to town and back every day, rain or shine.

After 53 years of marriage, he lost Elsie to cancer in 2007. They had three sons: Roger (deceased), Chris of Plains and Brad of Thompson Falls. He had one grandchild, Jasmine Star (Roger's daughter), also deceased.

Al's nieces from Washington are having a military Honor Guard ceremony September 18, 2021, at 10:30 a.m., with graveside services at 11 a.m. at the Thompson Falls City Cemetery with Bob Crowder officiating. Al's ashes will be buried alongside Elsie, and close to Roger and Jasmine, finally at peace.