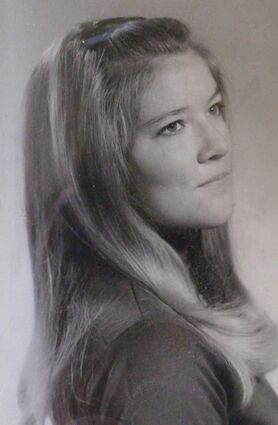 Elizabeth L. "Beth" Smith, age 69, passed away September 30, 2021, at her residence. She was born January 16, 1952, in Missoula, Montana to Rose Marie "Rosie" and Richard Lee "Dick" Lyman. Raised in Plains, Montana, Beth was a wild child from day one by all accounts. She was joined by her brother Kenneth in 1953. Live music, organizing dances and causing trouble were the joys of her high school career. Her memories of raising hell in Niarada and Hot Springs with her best friends kept her laughing for decades.

After graduating Plains High School in 1970, Beth made her way to Spokane, joined by her brother Ken after his graduation in 1971. It was while she was living in Spokane that she welcomed her first child, Christopher Lyman. Beth and Ken remained close while she attended culinary arts school and later obtained her degree in nursing while in Washington.

Eventually she made her way back to Montana, where she attended Flathead Valley Community College and then began a 27-year career in nursing. While in Montana, Beth welcomed three more beloved children, Siobhan, Amanda and Sophia.

In 2003, the best years of her wild and beautiful life began when she reconnected with her old high school boyfriend, Allen Smith. They married in April 2004 and settled in Allen's hometown of Polson. They both retired early to get the very most out of their time together.

Aside from Allen and her extensive garden, Beth's greatest joy in her later life was her grandchildren. She cherished each of them beyond measure.

She was preceded in death by her parents, Dick and Rosie. She is survived by her beloved husband, Allen Smith of Polson; brother Kenneth (Susan) Lyman of Spokane' children Chris (Shari) Lyman of Plains, Siobhan Uhde of Polson, Amanda (Thomas) Fleming of Missoula and Sophie (Cody) Leatzow of Missoula; as well as her grandchildren, stepchildren, and an extensive network of friends and cherished surrogate children.

Due to COVID, we cannot follow her wishes to "party with good music, good food, laughter and love" and there will be no service at this time.

In lieu of sending flowers, please plant one.

Memories and condolences may be sent to the family at http://www.lakefuneralhomeand

cremation.com. Arrangements are under the care of the Lake Funeral Home and Crematory.