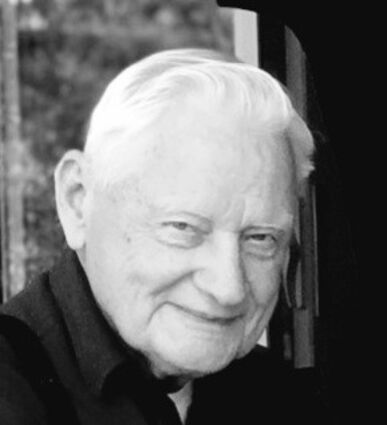 Gary Lee Draszt was born to Marion (Lee) and Joseph Charles Draszt on December 28, 1936, in Plentywood, Montana. His parents farmed in Sheridan County then moved to the Whitepine community northwest of Thompson Falls in the spring of 1935. J.C. Draszt rented, then purchased, the Alvers ranch along Big Beaver Creek where eldest son Kenneth would put up the hay crop. December 24, 1937, the Draszt family moved into a log cabin on the property that was to be their home. Four days later, Gary turned one year old.

Gary attended elementary school at Whitepine and later graduated from Thompson Falls High School in 1954. When his father died in a logging accident that fall, he remained at home to operate the ranch with his mother. He continued to live and work the ranch for 40 years, raising herefords and then milking cows and selling the milk to a cheese factory in Sandpoint, Idaho.

During the years on the family ranch he cleared land for hay and pasture. Gary was happiest driving the old HD9 Cat where he could first hand see what he had accomplished. He worked hard, long hours and also worked outside of the ranch to support his family through tough times.

He married Joan Huff on March 23, 1956, in the Whitepine Community Church and they lived on the Draszt ranch for 25 years, then moved to nearby Thompson Falls. The couple had three children, Charles, Norma and Jacqueline, in the early years.

Gary was employed at Pyatt Lumber Co. in Thompson falls after high school and rose from delivery boy to sales manager. When the business was sold he remained for another year during the transition. He then worked for Pack River Lumber Co., Then for W-I Forest Products for several years. Again starting at the bottom of the ladder and rising to Sales Manager, then General Manager. When W-I Forest sold, Gary started a weatherization business (The Wood Shop) and that business soon metamorphosed as he became a general contractor. In the following years he began doing general home and apartment maintenance for local property owners and although he tried to retire, he could not change old habits, so continued to work.

Gary joined the Whitepine Grange #102 in 1961 after having served in their Juvenile Grange and has been a "Granger" for much of his life. He served that organization over the years and had guided the building of the Whitepine Grange Hall. He held most offices over the years at the local, county, and state levels, and took the seventh degree when the national Grange met in Spokane, Washington.

He was also an active member in the Thompson Falls Jaycees while they were active in the community, and was a member of the local Chamber of Commerce during the course of his business operations.

When the River's Bend Golf Course was created, he helped as needed. When a windstorm took down the old clubhouse, he contributed to the rebuilding effort. Gary not only golfed, but also loved to bowl. He and fellow teammates began bowling at the Thompson River Ranch Lanes, then at the Riveraire Lanes in Thompson Falls. He also bowled in a league at Plains for three years while he lived there.

He was most proud of his time serving on the board of the Whitepine Cemetery District. He began serving in 1955 and worked to get it upgraded via the creation of its tax district. He left that effort when he moved out of the district in 1979. Gary was a member of the Clark Fork Valley Elks for many years but was inactive in later years. He also became a member of the Masons in Plains and transferred to Thompson Falls when he returned to the community.

Gary was honest and caring and did his best to be available to anyone who needed a helping hand. He was often seen throughout the community plowing snow or shoveling when needed where the plow would not go.

Gary and Joan enjoyed trolling the nearby lakes and rivers in their boat, and loved roaming the region where he grew up, picking berries or picking rocks to plant in Joan's rock garden. They were seldom separated, and truly enjoyed each other's company. The couple celebrated their 65th anniversary this year. "True Love" was never in doubt as he found his place back alongside her eight days after her passing.

A public graveside service will be held November 6, 2021, at 11 a.m. at the Whitepine/Trout Creek Cemetery. This will be followed by a friends and family gathering at the family home in Thompson Falls.

It is requested by the family that any desired memorial donations be made to a scholastic scholarship fund of your choice.