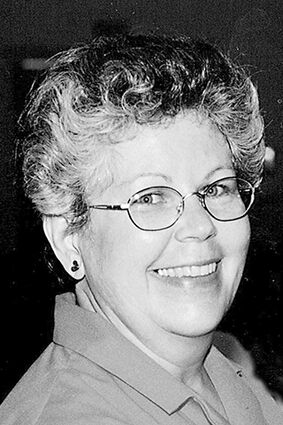 Marsha Eileen Aldrich was born May 2, 1947 to Ralph and Helen Rounsley in Vernal, Utah. Marsha courageously fought a devastating battle with Alzheimer's disease that continued for many years. She ended that long ordeal in the early morning hours of May 10th with her two daughters and her husband by her side. Marsha passed away where she wanted to be, in the home that she had built with her husband on Finlay Flat.

The Rounsley's moved from Utah to Kennewick, Washington where Marsha attended all of her grade school. In the early sixties the family moved to Thompson Falls where Ralph began a dairy delivery business. Marsha had gained a brother by this time and they both started school as Blue Hawks. Marsha began her high school years and truly loved school. She was involved in many activities, particularly the singing groups as she was an excellent singer. As a junior she was elected Homecoming Queen and as a senior she was chosen Prom Queen. As a young girl Marsha had dreamed of becoming a nurse so upon graduating in 1965 she enrolled in the St. Patrick's Hospital school of nursing. While in school in Missoula, Marsha met another nursing student named Shirley Mastel. Upon graduation in 1968 these two young nurses ended up marrying their boyfriends that happened to be brothers to one another, so Marsha became Marsha Johnson and Shirley became Shirley Johnson. These two nurses became lifelong friends.

Marsha worked as a nurse at St. Patrick's hospital for a short time after graduating and then moved to Oregon to begin her own family and pursue her career in nursing. Marsha brought three children into this world, two daughters Jill and Angie and a son Craig. Marsha worked in hospitals in and around the Portland area with most of her nursing career focused on the Kaiser Permanente facility in NE Portland as a charge nurse in the ENT clinic. In 1995 Marsha met Ray Aldrich who was employed by Kiewit Pacific Co.  in Portland and in 1996 they were married in St. Helens, Oregon. In 1997 the couple moved back to Thompson Falls and began building their future home and business. Marsha soon joined up with the Clark Fork Valley Hospital team and started working in home health traveling to outlying patients homes. She soon started work as an RN for the CFVH clinics and traveled to the local clinics in Hot Springs, Thompson Falls, Bull River and Heron. She then took a full-time job as an RN at the Plains clinic and worked there until she retired and began the long vigil with Alzheimer's.

Marsha loved people and everyone loved her. She was an excellent homemaker and looked forward to visits from her children, grandchildren and all their friends. She was very fond of her following of hummingbirds and kept them fed by the dozens, they would come back year after year for her special recipe and she never disappointed them. She would come up with names for some of the special deer and animals that would frequent the home place, such as the doe named Flopsy and her pet moose named Meeechele with a bit of a French accent.

Marsha was preceded in death by her parents, Ralph and Helen and her son, Craig.

Marsha has been cremated and a celebration of life is scheduled for June 11 at 1 p.m. to be held on our family property at 53 Finlay Flat Rd.

I love you dearly, Marsha and will miss you forever, me!