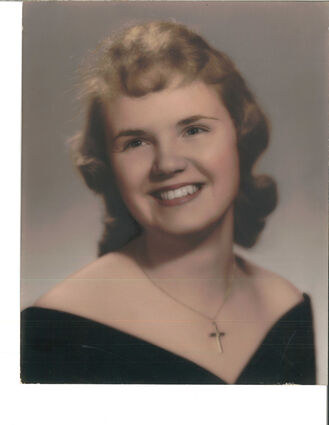 Frances Elaine Aldrich (Francie) entered into rest in the early morning hours of Friday, July 15, 2022. Francie was born in Thompson Falls on May 23, 1942, to Ray, Sr. and Evelyn (Garrison) Aldrich. Her grandfather, Joe Garrison, homesteaded in Belknap in 1910.

Francie graduated from Thompson Falls High School on her 18th birthday in 1960 and had just organized her class reunion which was two years overdue because of the pandemic. She did it all with her flip phone, enjoyed planning it and had a great turnout. Thankfully, she loved talking on the phone!

She was raised in Thompson Falls and lived in the same house that she was born in on Church Street until she left home. She worked at Larson's and Green's grocery store after high school and decided it was time to be adventurous so she took off for Sun Valley, Idaho. While there she met a co-worker, Ivan Cantrell, from Mountain Home, Idaho. They married in April of 1964. They made homes in Mountain Home, Glenns Ferry, Cascade and finally settled in Boise. She and Ivan had three children.

After she and Ivan divorced in 1977, Francie and the children moved to her hometown of Thompson Falls where she purchased a home and began employment at First State Bank as a teller. Francie was a very hard worker. She was also Deputy Clerk of Court, delivered the Missoulian, tended bar at the Hotel Bar, worked as a construction flagger and had a yard care service in her spare time!

She met Chris Ingbretson of Trout Creek and the two had a very special relationship. Chris was a very patient, caring and thoughtful man. They enjoyed going out to eat and taking long drives. Date night for them was having ice cream cones down by the dock in Trout Creek.

Chris fell ill and was moved to an assisted living center in the Bitterroot where he later passed. Francie missed him dearly.

Francie had many talents. She painted many beautiful pictures. She loved to play the piano, made countless rugs on her loom, made large afghans with broom stick weave, and loved to make denim quilts out of old jeans. She loved decorating, landscaping and refinishing antique furniture.

She enjoyed family gatherings at the family riverfront property and weenie roasts at her brother Ray's home. Francie had many friends, life long and new. She never met a stranger! She relied heavily on her friends and extended family to take her to these outings and to run errands. For that we are extremely grateful. 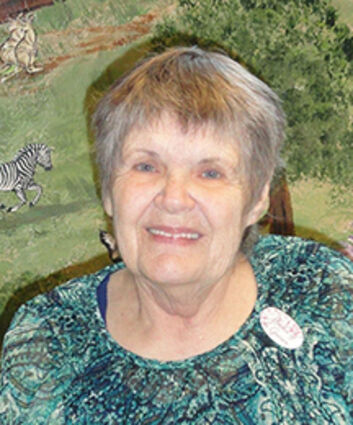 She is survived by her children, Clayton (Maria) Cantrell of Twin Falls, Idaho, Connie (Steve) Marcure, of Frenchtown, and Chad Cantrell of Plains; her grandchildren, CJ Cantrell of Denver, Hayden (Jasmine) Marcure of Huson, Brody Marcure of Frenchtown, and Cambria Cantrell of Plains. Francie was elated to see the sonogram of her first great-grandchild, a girl, who is expected in September by Hayden and Jasmine. She is also survived by her brother Ray Aldrich; sister Carol Baylor of Thompson Falls; and half-sister Jackie Brill (Chuck) of Utah; her nieces and nephews, Diane Larango, Ramona Cox, Dave Baylor and Jeff Aldrich.

A gathering to celebrate Francie's life will be held on Saturday, August 20, at 10 A.M. Please join us at the Garrison family riverfront property at the bottom of Finlay Flats Road. After crossing the railroad tracks make a right turn and follow the signs.