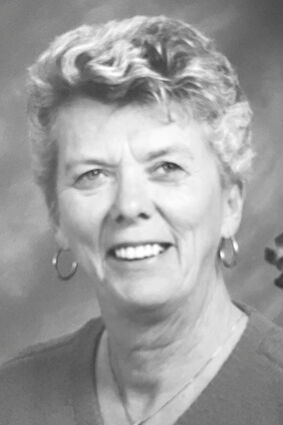 Marcia Kay Kapelke, 84, of Bigfork, Montana, went to her heavenly home on September 24, 2022. Marcia was born the youngest of three children to Albert and Margaret Berseth in Fargo, North Dakota, on October 19, 1937.

Marcia graduated from Wahpeton High School in 1955, then earned her English and Physical Education Degrees from the State School of Science in Wahpeton and University of North Dakota in1959.

While working as a flight attendant for Northwest Airlines she met Bill Sandry and they married in 1961. The couple eventually settled in Great Falls, Montana, to raise their four sons: David, Paul, Mark and Michael. Her nickname "Harsh" fondly received during her sons' school years, aptly describes both her quick humor and style of discipline.

She enjoyed both water and snow sports and was an avid bridge and cribbage player. After Bill passed, she traveled extensively to Europe and New York. In 1996, she moved to Plains, Montana, to be closer to family.

In Plains, Marcia met Keith Kapelke in 1999 and they married in 2001. Together they spent time in Montana and Arizona along with adventures in Alaska and beyond. In 2011, they moved to Bigfork, Montana, and enjoyed gardening, church activities, camping and spending time with family. Marcia was a faithful servant and follower of Jesus Christ her entire life and loved big family holiday celebrations.

Memorial service to honor her life and glorify her LORD will be held at 11am on Saturday, October 8, at Bethany Lutheran Church in Bigfork. Friends are encouraged to visit our website at http://www.buffalohillfh.com to leave notes of condolences for the family. Buffalo Hill Funeral Home and Crematory caring for the family.