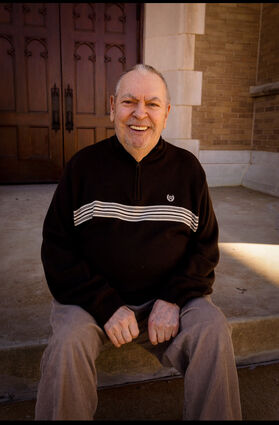 Fred Rolland Dodge passed away Monday, December 19, 2022, at Franciscan Villa in Broken Arrow. He was 82 years old. Fred will be laid to rest in Trout Creek, Montana, the land he loved.

Born December 22, 1939, in Noxon, Montana, at home, Fred was the son of Clarence Wayland (Wade) and Lola Irene (Elliot) Dodge. He came from humble beginnings but became an incredible marksman from a young age, killing many deer to feed his family. He graduated from Thompson Falls High School in 1957.

Fred was a great salesman and very inclined mechanically. He pursued various career paths including insurance sales, a millwright in refineries and power plants, and even held his realtor's license. Fred would remain an avid outdoorsman throughout his lifetime. He enjoyed fishing for trout and salmon, hunting elk, and spending time in Alaska and Montana. Above all, he loved Jesus and wanted others to know of the transforming work of the cross and forgiveness offered to all. Fred prayed every day for his children and grandchildren until he took his final breath on this side of heaven.

Fred was preceded in death by his parents and two sons, Daymond and Dayton Dodge.