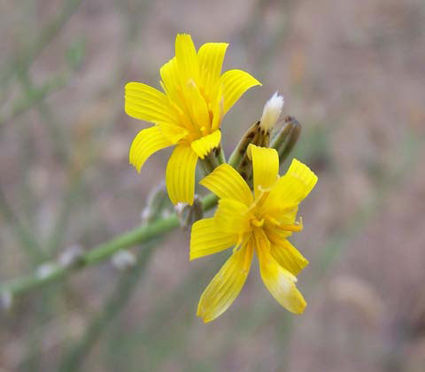 Courtesy photos WITH HELP from a grant from the Noxious Weed Trust Fund, the Sanders County Weed District continues to work with landowners to control rush skeletonweed.

The Sanders County Weed District has received funding for the rush skeletonweed project. A $23,000 grant was awarded through the Noxious Weed Trust Fund (NWTF). The NWTF grant is funded through the Montana Department of Agriculture (MDA) and the Noxious Weed Management Advisory Council. The MDA states, "The grants assist counties, conservation districts, local communities, tribes, researchers and educators in efforts to combat noxious weeds in Montana."

Rush skeletonweed is a non-native plant to Montana. The MDA has listed this noxious weed as a Priority 1B, meaning this weed has "limited presence in Montana. Management criteria will require eradication or containment and education."

Montana State University Extension has said this weed was first reported in Spokane, Washington, in 1938. However, in 1991, a small infestation was found in Sanders County, which then subsequently spread to several other counties.

Brady Lowry, Rush Skeleton Coordinator for Sanders County Weed District, has said while the spread of this noxious weed has been more isolated, there are several main spots it has predominately showed up at in Sanders County. "It's on private lands above Thompson Falls and the Mule Pasture, we are seeing it in Heron Flats on the west side of the county, and Highway 56 along Bull River has quite a bit," Lowry stated.

According to Lowry, this isn't the first time they have received funding for this project, "the county fronts us the money, and is refunded at the end of the season. It's been given to us in the past, for quite a few years. I would say over 10." 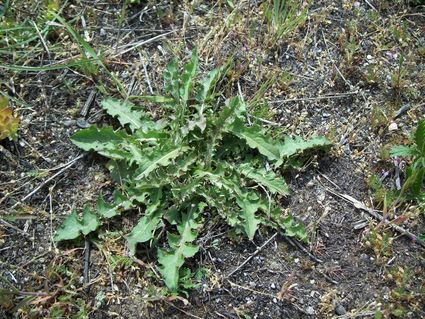 The grant funds are primarily used for two salaried workers to go around the county to work with the landowners on spraying. "The landowners get benefits as well, they get half off spraying if they have skeleton on their property," Lowry said.

Rush skeletonweed is said to primarily disperse by its seeds. Each plant is capable of producing 15,000 to 20,000 seeds that can be carried through the wind, water, animal's fur and people's clothing. The weed competes for soil moisture and nutrients which leads to significant yield reductions for the local cropping systems. Its ability to suppress forage for cattle and wildlife is another negative impact seen from this invasive weed.

For more information about rush skeletonweed or if you have questions, call the Sanders County Weed District at (406) 826-3487.