A story of survival and hope 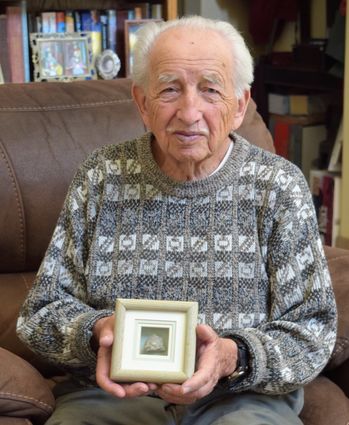 PERSONAL HISTORY - Michael Totzauer holds a piece of the Berlin Wall that was gathered by his son, David, who took part in breaking down the communist-built wall in November 1989.

"This is a solemn, but glorious hour," President Harry S. Truman announced over radio waves reaching across America. "I only wish that Franklin D. Roosevelt had lived to witness this day."

The day was May 8, 1945, when Germans unconditionally surrendered during World War II; finalizing the reign...