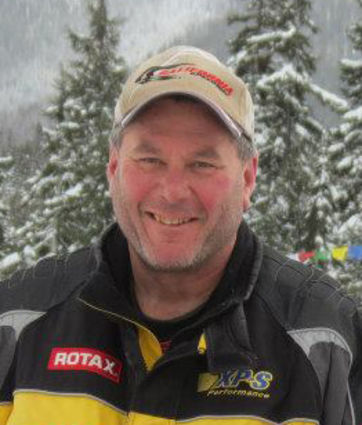 Cody Ward passed away peacefully in his home on the morning of October 9, 2020. He was born in Missoula, Montana on April 4, 1966, to Wes and Ginger Ward of Thompson Falls, Montana. Cody was skilled at just about anything he tried. At an early age, he found an interest in mechanics, specifically dirt bikes and could often be found in the shop repairing a motorcycle motor with his friends.

During their childhood summers he and his big sister Tracy would race their bicycles down the Blue Slide Road to go swimming at the mouth of Squaw Creek. They both attended school together in Thompson Falls all 13 years.

If he wasn't riding, Cody was either hunting, wrestling, playing basketball, football, or t-ball baseball with his dad as his coach. He went to state for wrestling and played center for the Blue Hawks football team until he graduated from Thompson Falls High School in 1984. After graduation, Cody went on to attend school at North Idaho College where he got his degree in diesel mechanics, making the Dean's list all eight quarters.

After college, Cody worked in Seattle for a year, but found himself moving back to his beloved hometown to build his life. As a teen, Cody worked at the local mill before purchasing his first log truck, which was a dream of his since he was a little boy. He became the owner/operator of his own business, Kati Ward Trucking, and owned two log trucks and one highway truck during his 15-year ownership of the company. He also worked for a short time at Conoco Phillips, and for many years for Vaught's Trucking.

In the summer of 1994, Cody and Tracy Knudson had their daughter Katelyn "Kati" Ward. As an infant, she never left his arms. As she grew older, Cody's adventurous spirit would show through her. They hunted, rode dirt bikes, went camping, and to mud bogs together over the years. He was always there for her, no matter how their lives shifted as she grew. He became a proud grandpa to his first grandchild, Maci Jane in 2011. Once again, he found himself infatuated with a little baby girl who wholly and completely had him wrapped around her tiny fingers.

Cody had two other lights in his life, his nieces Jennifer and Kari "Bear." Cody helped to raise them as if they were his own when their father was absent in their lives. Cody first introduced his oldest niece Jennifer to the Moyie Mud bogs in 2012. They and Jennifer's husband Nick would build mud trucks together, bonding over the event every year. Everyone at mud bogs knew him as "Uncle Cody'. He always made sure that everyone there was stocked up on food, gas, and most importantly – beer for a good time.

Though his passion for dirt biking extended throughout the entire family, his youngest niece Bear took after him and his riding style the most. Wherever he would go, she would follow, and would tackle any obstacle with as much fierceness as he did. He would always lead her on winding trails, no matter the age or difficulty level. He was her mentor and her role model for anything adventurous. He also had the honor of walking Bear down the aisle at her wedding, and along with her mom, gave her away to her husband Koty.

By 2005, Cody met and fell in love with his soul mate Karen Morey. Their relationship really took off after Cody survived a snowmobile ride down an avalanche, and Karen cared for him at his side the same as she has done every moment of his life since. Together they went on to build their dream life filled with snowmobiling, boating, hiking, and family. His adventurous spirit complimented her caring nature, and their family grew through Karen's daughters Megan and Ali as he took on the role of being a father for both of them as well. He became a grandpa again when they each had children with grandsons Noa and Greyson, and baby granddaughter Quinn. With all the new family came a need and desire for a bigger space to accommodate everyone. Shortly after they married, they finished building their dream home.

Cody loved Karen's family as his own, taking his grandsons on four-wheeler rides, boat rides, fishing, and camping. He loved attending their sporting events and proudly cheered on his boys. He prided himself on his mechanical projects, he loved his parent's land where he grew up and lived, and would do anything for his family. To sum up such an incredible soul is nothing short of impossible.

On Thursday, September 12, Cody texted to Bear, "I'm pretty lucky and have done some cool things but..... I'm not done yet." The spirit of our beloved son, husband, father, brother, grandpa and uncle will continue guiding his family through their future adventures.

How do you sum up the adventures, antics, accomplishments, and solid respect for someone like Cody? He was a clown, a prankster, a little bit of a dare devil, and one of the nicest, most caring, hardest-working guys you'd ever know. He made friends wherever he went, and even though he worked crazy long hours driving log trucks most of his life, he ALWAYS seemed to have time to help anyone who asked, and even when they didn't ask, he was there.

He hayed several fields in the summer season, and plowed snow in the winter. He provided two and sometimes three households with wood to stay warm, and raised beef that fed families all year. His generosity seemed boundless, perhaps shadowed only by his passion for life and adventure.

Cody was a member of several bowling teams during his adult life, even bowling on a team with his dad Wes. He loved hunting in the fall, and we all knew he would share the "smokies" with the family from his elk and deer. He couldn't ever say "no" to those girls he loved so much – and they all loved those smokies! Maybe more because they were from Cody, and not so much because of how good they tasted. He loved his Farmall tractors, and one of his prized farm toys is an old tractor he acquired from the Stobie ranch. Cody first drove that tractor when he was a kid, working in the Stobie hay fields on Eddy Flats.

Cody poured so much love in the world, and we will all be forever changed by him. He may have been a towering rough-looking character, especially when he grew out his beard for the cold winter months, but he was a super, good-hearted teddy bear who loved with everything he had in him.

Motorcycle rides, hikes, snowmobiling, camping trips, and life in general will never be the same. Cody always made those family and friend events over-the-top special and fun. He brought all the toys, he knew all the trails, and he most definitely had the campfire stories that not only kept us laughing, but were sometimes revealing to his mother – who learned maybe more than she would have liked about his high school antics when those stories were told! He once even spent part of the night in the jail because when asked if he wanted to call his parents, he replied "No. They won't come get me anyway. They told me if I got myself into trouble, I could get myself out." However, his parents did find out, and they went to pick him up. They also escorted him to his community service detail to pick up trash, along with a few of his fellow "offenders". It seems that if you're in high school and you and your buddies have imbibed a few beers, then decide to "full moon" the length of Main Street that night – word gets out!

One thing is for certain, Cody will be sorely MISSED. Not just by his family, or a few close friends, but by the entire community and those whose lives he's touched with his generosity and kindness. 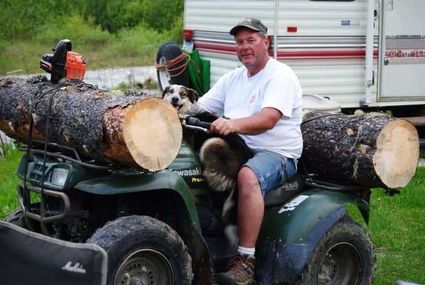 Cody is survived by his wife Karen, his mother Ginger, his sister Tracy and her fiancée Rusty Koontz, his daughters Kati Ward and her boyfriend Torey Roach, Megan Stevens and her husband Daniel, Ali Blackburn and her husband Brody, his nieces Jennifer Metcalf and her husband Nick and their two children Cami and James, Kari Lee and her husband Koty, his grandchildren Maci Thome (Kati), Noa and Greyson Stevens, and baby Quinn Blackburn. He is also survived by his uncles Kacey, Kelly, and Tim Collins, his aunt Shannon Martin, grandparents Nancy and Herb Strandquist, his numerous "adopted" nephews, nieces, all of his loved friends and "brothers," and of course his faithful furry sidekick Cleo.

He is preceded in death by his father Wes Ward.