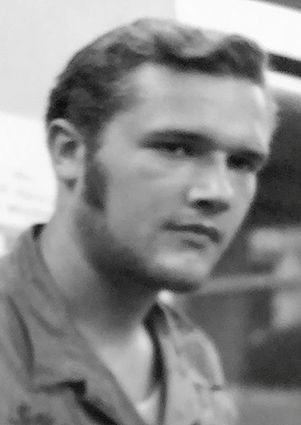 John was a veteran of the Vietnam War, where he served as an Aviation Ordinanceman with the distinguished Seawolves. Serving in the Navy from 1968 to 1972, John was a Petty Officer Third Class. John proudly flew his nation's flag and his Seawolves flag in his yard.

John was a loyal member of the Veterans of Foreign Wars of the United States (1972), Paralyzed Veterans of America (1974), HAL - 3, Seawolf Association (2007), and American Legion Post 52 (2012). Supporting these groups was a passion of John's and a legacy his family will continue in his honor.

In efforts with Sanders County United Disabilities, Little Bitterroot Services, the Sanders County Fair Board and local schools, John was able to share his story and encourage others to consider their life choices. John was a friend to all he met and leaves behind a legacy of helping those who were physically challenged. Working with multiple agencies, he was able to establish fishing docks with universal access. Sanders County was updated to largely handicapped access because of the work that he did. John was wheelchair bound since 1973 but with the help of many he was able to hunt again using a hydraulic lift and bagged a cow elk a few years ago. Those who lived on the Blue Slide loved and cared for John just as he did for them.

Memorial donations may be made to Paralyzed Veterans of American or the Thompson Falls Public Library.