Judge for all cities 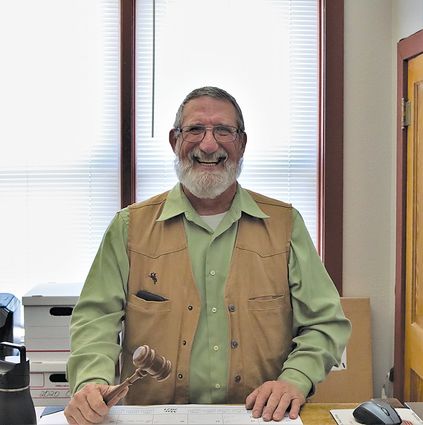 JUDGE TOM COLLINS, standing in his office in Plains, also serves as the judge for the towns of Hot Springs and Thompson Falls.