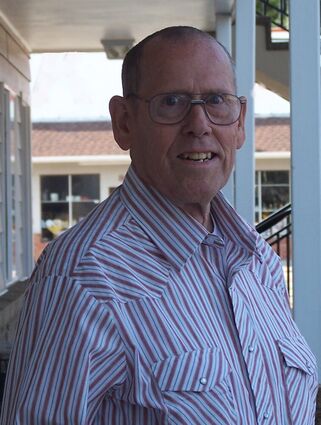 Smitty was born on October 8, 1937, in Fayette, Missouri to Howard and Evelyn (Spalding) Bruner.

Smitty grew up in Missouri, graduated from Eldon High School and attended six years at The University of Missouri in Columbia, Missouri. While in college, Smitty worked summers in Idaho, where he fell in love with the northwest. In 1961, he went to work for the Forest Service, from which he retired in 1994 as a Logging System Specialist. He loved his job so much that even after retirement Smitty continued helping the Forest Service by working in the fire lookouts during the fire seasons.

Smitty married Evelyn Mae Quiring in April of 1968 in Dillion, Montana. They were happily married for 53 years.

Smitty was a member of the Knights of Columbus and St. William's Catholic Church. He enjoyed hunting, fishing, boating and spending time with his family.

Smitty was preceded in death by his father Howard, mother Evelyn, and his stepmother Anna.

A funeral mass will be held on October 8, 2021, at noon at St. William's Church followed by a luncheon provided by the Altar Society.