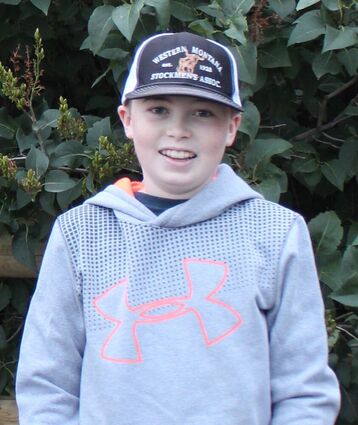 Camas Prairie-John Walter "JW" Marrinan was born May 9, 2009, in Polson, Montana to Elena Susanne and John Michael Marrinan. He passed away on September 30, 2021, in Kalispell, Montana.

Despite many people telling him he had an "old soul" JW was taken much too early in his life from his mom, dad, and older brother Michael Clancy and all who knew him.

JW may not have enjoyed big crowds of people, but did enjoy golfing, hunting, skiing and working on the ranch. If he wasn't outside spinning his wheels, he was probably in taking in a little R & R watching an old black and white western. If it wasn't Roy Rogers or Gene Autry, you were guaranteed John Wayne would be on at some time. Not sure if there were too many John Wayne movies he hadn't seen. Once movie time was over it was time for the Lego room, where he built everything from Star Wars to Civil War and even remote-controlled construction equipment. He even found time to design a house to build on the ranch, a master retreat for mom to relax, a set of corrals to work cattle with his dad, and some knives for his brother to build. His mind was always working on how to make things "theoretically" work faster and smoother.

JW had a great way of saying things that were never hurtful but made a point. For instance, "How old is that cow?" when looking at an old cow. Wisdom from a twelve-year old is often the best. JW had a way of telling you the truth without hurting your feelings and making you even ponder in deep thought.

A funeral service will be held at 11 a.m., Saturday, October 9, 2021, at the Camas Prairie Gym. If you are feeling ill or have any health concerns, please do not feel obligated to attend, you can reach out to the family at a later time. A luncheon and a private family burial will follow.

In lieu of flowers the family asks for donations to be made to: Camas Prairie Neighbors at 251 Camas Creek Road, Plains, MT 59859 in his name.

Memories and condolences may be sent to the family at http://www.lakefuneralhomeandcremation.com.

Arrangements are under the care of The Lake Funeral Home and Crematory.