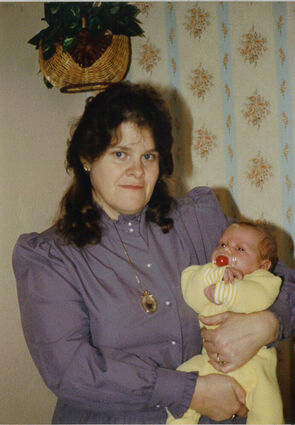 In Loving Memory of Gloria Kaufmann

Gloria Jean Kaufmann passed away at her home in Thompson Falls, Montana December16, 2021 at the age of 69. She was born Gloria Jean Rice December 24, 1951 in Sacramento, California. She was preceded in death by her father, Harvey Louis Rice; stepfather, James Franklin Ledford as well as her younger brother, Rickey Eugene Del Nero.

Gloria had a lot of titles throughout her life. She was a wonderful wife, a loving mother, and grandmother, a sister, aunt, friend, and an inspiration to many. No one ever gave more meaning to the words "Strength and Faith" than Gloria did. She demonstrated strength and faith in every aspect of her life. Her strength and faith were always present in every situation. She raised her two sons with a foundation of strength and faith, always reminding them to pray about their situation, trust in the Lord and know that God has given them the strength to overcome any struggles they may encounter. She did this even in the most trying circumstances as she encountered many of life's challenges. She'd found herself raising two boys alone, had financial hardships and experienced illness for a long period of time. Her strength and faith endured as she often worked two jobs to provide for her family. Her two sons turned out to be honest, independent men, with character traits influenced by her strength and faith.

​As the years went by, God blessed Gloria in so many ways including healing from old relationships scars and blessing her with a bright new relationship with her current husband, John Kaufmann, who became her best friend, companion, and at times caregiver. As their relationship matured; God continued to bless them for their faithfulness with lots of grandchildren and great-grandchildren. Gloria would often be found copying pictures from Facebook of all her grandkids so she could share them with her friends and church family. Gloria loved her boys and their families and was so proud of her two sons. She beamed with each accomplishment, she hurt when they hurt, she felt complete love and joy spending time with them.

When she went to work, Gloria became respected by everyone she worked with. Her strength and faith was always openly shared. She became someone that anyone could talk to. She always wanted to listen, she wanted to help, and she'd always share the source of her own personal strength and faith. Gloria and John became that couple that you'd call to get on the prayer chain for something that was going on in your life. Sometimes it would be just to lend an ear or give some heartfelt advice. Throughout Gloria's work life, church life, song ministry, and personal life, she became an inspiration and motivation to so many people for so many reasons. Every one that knew Gloria was given some pearls of wisdom that we should all be grateful for.