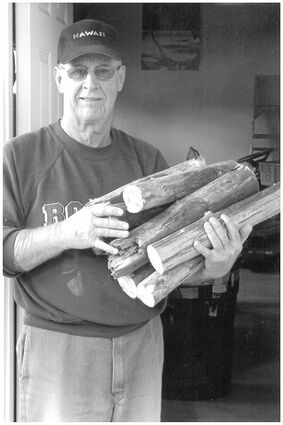 Lee was born in Thompson Falls, Montana, on July 23, 1939, to Roland Matthews and Opal Butte-Matthews. He spent his formative years in Montana tending the family ranch, playing varsity sports, and working as a logger.

After joining the US Army in 1957 and training in Fort Knox, Kentucky, Lee returned to the Northwest and graduated from Eastern Washington State College, Cheney, Washington, in 1964 with a degree in Education. Always the life learner, he furthered his education by receiving a Master of Education from Oregon State University, Corvallis, Oregon, in 1969.

Lee married his college sweetheart, Peggy Brown, on June 25, 1960, and was blessed with three children. The family relocated to Portland, Oregon, in 1965.

Lee began his professional career teaching at Benson Polytechnic High School. He then spent over 25 years as a teacher and administrator over the Industrial Division at Mt. Hood Community College, retiring in 1995. At MHCC, Lee founded the college drag racing team with automotive students and raced "homework" cars at regional race strips earning many awards.

Lee began his second career in 1982 by founding Matthews Nursery and, together with his wife Peggy, built a nationally respected business that supplied nursery stock across the United States. Lee was also a long-time member of the Oregon Association of Nurseries.

Lee loved being outdoors and spent his second retirement enjoying sandy beaches in Hawaii and time at the family ranch in Belknap, Montana.

Messages may be left for the family at http://www.batemancarrollfunerals.com.