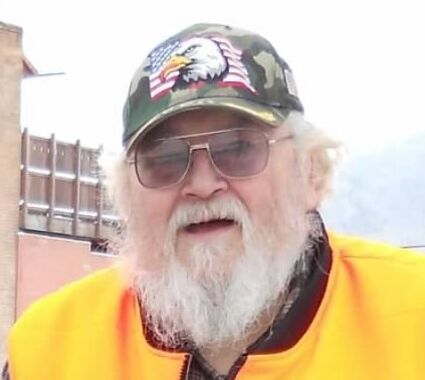 Gene Patrick Conlin was born March 4, 1948, in Minot, North Dakota. His parents were James and Geneva Conlin, who had a farm outside of Bowbells, North Dakota, where they grew wheat, oats, barley and flax, and raised cattle.

The family sold the farm and moved to Thompson Falls in 1959. They bought the old Graves Creek Ranch and lived there until Gene was in high school. Gene attended Thompson Falls schools until his junior year. His family then moved to Spokane, where he attended school through his senior year. He was so anxious to get back to Montana that he left Spokane before his graduation ceremony.

When Gene got back to Thompson Falls, he worked at the Husky station until he got a job at Pack River Mill, where he had various jobs, but his main job was driving a lift truck. He enlisted in the Marines for four years, two of which were spent in Vietnam. Gene attained the rank of sergeant and received numerous decorations: National Defense Service Medal, Meritorious Unit Commendation, Vietnam Service Medal with seven stars, Navy Commendation Medal, Good Conduct Medal, Vietnam Campaign Medal with Device, Combat Action Ribbon, and Vietnam Gallantry Cross with Palm. His training in the Marines included Radio Relay Operator; Basic Specialist Training – Camp Pendleton, California, 1967; Rifle Marksmanship Instructor; Coaches School – Parris Island, South Carolina, 1969; The Marine NCO; Marine Corps Institute – Washington, D.C., 1970.

After receiving an honorable discharge from the Marines, Gene returned to Thompson Falls to resume his job at Pack River. After retiring from the sawmill, he stayed in the area to enjoy the good hunting and fishing. He enjoyed gatherings, and never missed a chance to get together with family and friends. Later in life, his favorite pastime was playing the gambling machines.

Gene was preceded in death by his parents, his brother Larry, and his sister Betty. He is survived by his brother Don (Marlynn) and numerous nieces, nephews, and friends. He always had a smile for everyone and was easy to talk to. Gene will be missed by all who knew him. A celebration of Gene's life will be held later this summer.