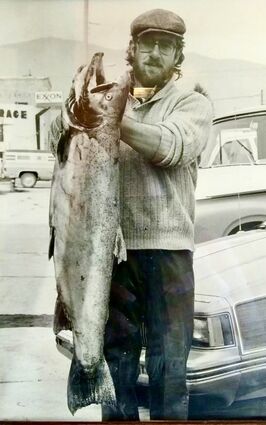 Thompson Falls native, Rick Hensyel (68), son of Richard and Louise Hensyel, passed away August 6, 2022, after a long illness. His children were by his side as he made his way home.

Rick was a musician. He basically brought Rock N' Roll to Thompson Falls, starting his first band, "The Henchmen" in junior high. He would go on to play throughout the Northwest, including Canada. "Survival" was a local favorite, providing many dances that had you on your feet at the JC Center and The Ranch, to name a couple. He also headed "Rickey and the AllStars," "Promise of the Father," was in "Hot Rod Deluxe," and played with countless other musicians at many benefits, festivals and dances. He opened for Backman-Turner Overdrive, Chubby Checker and others. He had a strong musical gift and could play any instrument. Rick sang with a powerful voice. He wrote original music and could play almost any song by ear from a young age.

In high school, he was a cheerleader for a while and would wow the audiences at sporting events walking the length of the floor on his hands – even up and down the stairs!

Second to music, his love of fishing was well known. He tried to fish most every day and if you were looking for him, he was probably out fishing, hunting or picking huckleberries and mushrooms. He knew all the best spots.

He was primarily a logger, loving to work in the outdoors, but also a carpenter and handyman who could fix almost anything.

We are going to miss his funny sense of humor. It was always fun when Rick was around.

The family will be hosting a public service and memorial at the Clark Fork Valey Elks Lodge in Thompson Falls, Saturday, September 24. We hope you will join us for stories, music and a potluck. More info will follow.