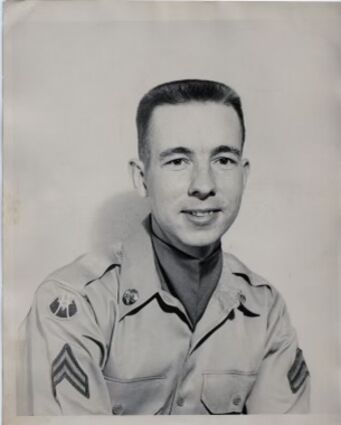 Gerald left this earth peacefully on August 28, 2022, surrounded by his family. He was a beloved husband, father, grandfather, great-grandfather and friend. Gerald was born June 21, 1929, in Glendive, Montana, the son of Roy and Myrtle Larson. Gerald grew up there and graduated from Dawson County High School. He received his bachelor's in music education in 1952 from Concordia College in Moorhead, Minnesota. There he met Doris Blake of Lisbon, North Dakota, the love of his life, through mutual friends. He and Doris were later married on June 8, 1952, and were blessed to celebrate their 70th wedding anniversary this year. During their first year of marriage, Gerald went overseas to serve his country during the Korean War. After being honorably discharged from the Army, he returned and met his son David for the first time. He began his career in music education in Campbell, Minnesota, and welcomed their second son, Dan. In 1955 Gerald moved his family to Plains, Montana, his forever home, where he accepted a job as a music teacher. In 1961 Gerald and Doris welcomed their precious daughter Rebecca who was the apple of her dad's eye.

Gerald continued his education to further invest in his students and received a master's in music education in 1962 from Washington State University in Pullman. He was an impactful faculty member of Plains Public Schools for 40 years as a band and choir director, teacher and elementary administrator. He loved spending time with his three children, 11 grandchildren, and 18 great-grandchildren. To know Gerald was to know the pride he had in the bands and choirs he directed over the years. He also enjoyed learning to ski at Corona Lake, camping at Thompson River, long walks in the evenings with Doris, coffee at The Circle with friends, volunteering as a school crossing guard and making furniture and gifts for friends and family in his woodshop.

Gerald lived his life to glorify God above all. He and Doris served in ministry together with Youth With A Mission (YWAM) for two years in Asia, and faithfully served First Lutheran Church in Plains for 67 years where he loved directing the choir on Sunday mornings. 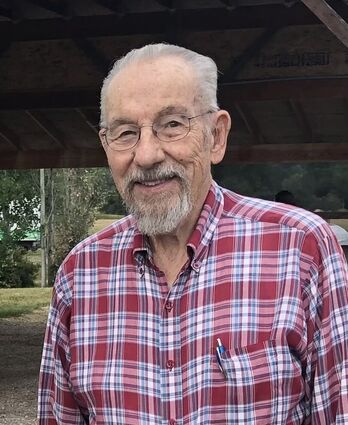 He is survived by his wife, Doris Larson of Plains; three children, David Larson (Dolly) of Missoula, Dan Larson (Harriet) of Little Rock, Arkansas and Rebecca Mershon (Mike) of San Diego, California; 11 grandchildren and 18 great-grandchildren. Preceding him in death were his parents Roy and Myrtle Larson, his brother Norman and sister-in-law, Dora Matz Larson, and brother--n-law Russ Jacobson.

Gerald's Celebration of Life service will be held at First Lutheran Church in Plains on Saturday, September 10, at 1 pm. Memorials can be made in Gerald's name to First Lutheran Church, Youth With a Mission or the charity of your choice. Arrangements are under the care of Sunset Hills Funeral Home in Plains.