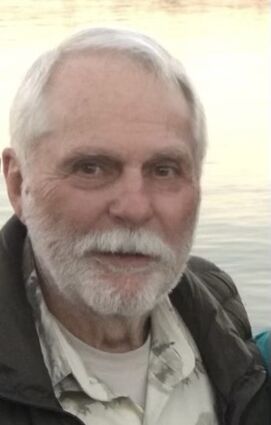 Ronald Loren Kuykendall of Plains, Montana, died at age 79 on September 14, 2022, at St. Patrick Hospital in Missoula, from injuries sustained in a car accident.

Ron was born on January 24, 1943, in Fredonia, Kansas, to Mary Virginia (Imbler) and Loren Gleasure Kuykendall. He grew up on a rural farm, went to a one room schoolhouse, and learned practical skills that he used throughout his life. He was involved in FFA in high school, ran track, and was looking forward to attending his high school reunion this fall.

Ron attended college in Pittsburg, Kansas, earning a Bachelor of Science degree in Education and English. He paid his way through school by working in the English department as a student teacher and tutor. He developed a lifelong love of horses working as a wrangler and handyman at a Girl Scout ranch in Colorado, where he met his future wife. Ron married Ruth Hyatt while still in college. They had five children together before divorcing in 1991.

Ron stepped out into the great unknown with his wife and infant son to his first teaching job in Kodiak, Alaska. His first daughter was born in Alaska, where Ron and his young family lived for several adventure-filled years before traveling south and finally settling in the town of Plains, where two more sons and a daughter were born. Ron taught high school English in Plains, before embracing the freedom of working for himself. Throughout his life Ron engaged in a wide variety of professional pursuits, including building canoes and fruit presses, running a sawmill, growing and selling cherries, and brokering property sales.

Ron enjoyed people, and the relationships he developed with his wide range of acquaintances gave his life meaning and depth. He was generous with his time and tools, and was happiest when helping a friend or neighbor. He loved telling stories and had a keen sense of human nature. His favorite stories involved human individuality and foibles.

Ron loved books, had eclectic literary interests, and sought out opportunities to discuss finer points of literature. He cared about good grammar, which has made writing this obituary a daunting task. We have no doubt he could have improved the final effort with his sharp editor's eye and keen sense of humor.

Ron was never happier than during a good gardening season, and proudly detailed the variety and productivity of his garden from year to year. He collected seeds from plants he wanted to grow, and pored over the seed catalog every year, often choosing surprising plants with varying results.

Ron was a man of many talents and interests, who embraced the various roles he filled in the lives of his family and community. He was a dad and a dreamer, with the soul of a poet and the hands of a farmer. He spent many happy hours planning and collecting just the right "stuff" for a never-ending list of adventures that were just as much fun in the planning stage as they would have been in the execution. Ron's mix of practicality and warm humor made him a welcome presence at local job sites and supper tables alike.

Community was important to Ron. In lieu of flowers, please hug your loved ones and take a moment to do something meaningful to you in your own community.

Most of all, Ron was loved: by his family, by his friends, and by his community. A Celebration of Life will take place 1-4 p.m. Saturday, October 8, at the Sanders County Fairgrounds Pavilion in Plains. See Sunset Hills Funeral Homes website for detailed invitation, sunsethillsfuneralhomes.com.