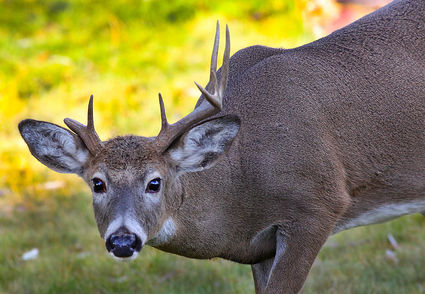 UNIQUE RACK – Is it a lucky or unlucky break? Will his antlers help or hinder his survival? The whitetail deer’s antler wasn’t recently broke, which accounts for the round tip instead of a sharp one. “It could have broke off for a variety of reasons and then never grown in. Or it could be a normal non-typical growth. It’s unique, that’s for sure,” said Dillon Tabish, the public information officer of Montana Fish, Wildlife & Parks Region 1 in Kalispell. As far as being passed over by hunters, he said it depends on the hunter. Trophy hunters are likely to pass, but if it’s a large body deer, he said most meat hunters would probably harvest him. His chances of survival also diminish in the last week, when hunters need to fill a tag soon. Tabish said he’s definitively at a disadvantage against another buck during the rut.