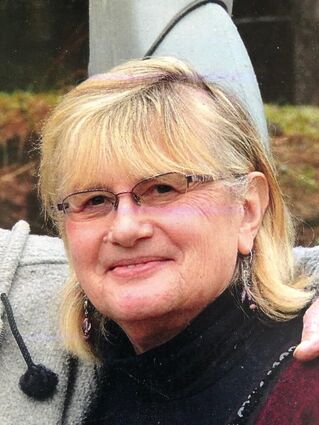 Christine Therese Nowak reunited with her Lord and Savior on February 22, 2022. She was born June 24, 1944, to Raymond and Margaret Nowak in Chicago, Illinois.

Christine met Edward Wayne Boniecki soon after high school and married on June 30, 1962. In 1974, they moved with their five children to Thompson Falls, Montana, with a sense of adventure to live off the land. While her husband worked as a local meat cutter, she was the center of love and warmth for the family's ranch home. She was constantly cooking, baking, sewing, canning, milking cows, putting up hay, managing a two-acre garden and quilting to keep the family intact.

Her faith in Jesus Christ was foremost in her life which she passed on to her children through her everyday life example of service to others. Despite having five children, Christine frequently took in those who were displaced and less fortunate needing a hand up. Despite her generosity for those less fortunate her mantra to her children was "There is no free ride in this life. You need to do your part."

She became a licensed addiction counselor and served the entirety of Sanders County for over 20 years, helping individuals and families find hope and sobriety. Christine joined the Carmelite Order of the Catholic Church whose mission fit well with Christine's servant heart. More recently she enjoyed gardening, fishing and playing cribbage with her second husband George Hoiland, whom she married in 2017, but most of all spending time in prayer and devotion at St. William Catholic Church.

A vigil will be held on Friday, March 4 at 5 p.m. at St. William Catholic Church in Thompson Falls, followed by a funeral service on Saturday, March 5 at 1 p.m. Burial will follow at Whitepine Cemetery, where she will be interred with her husband Edward Wayne Boniecki.